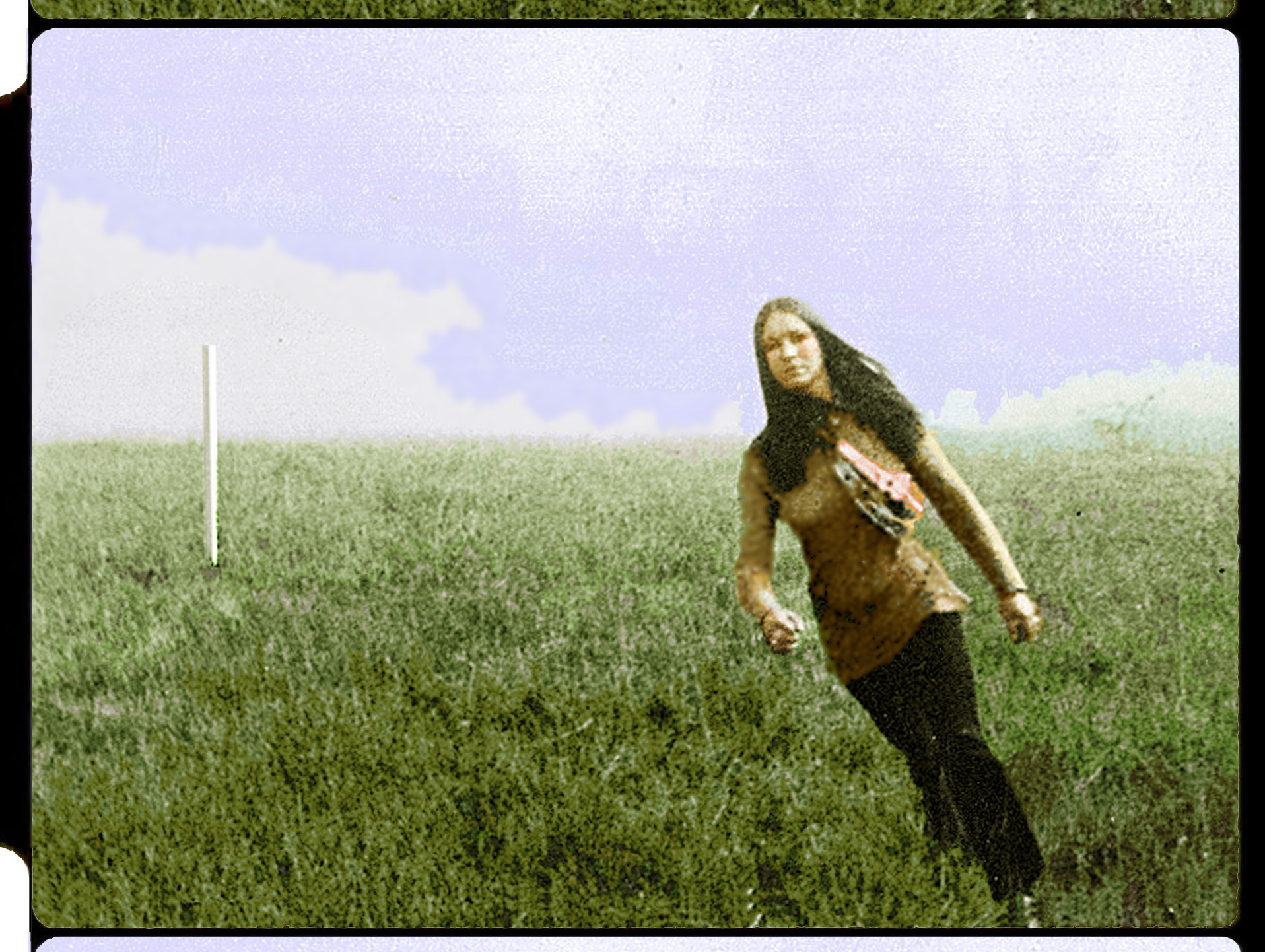 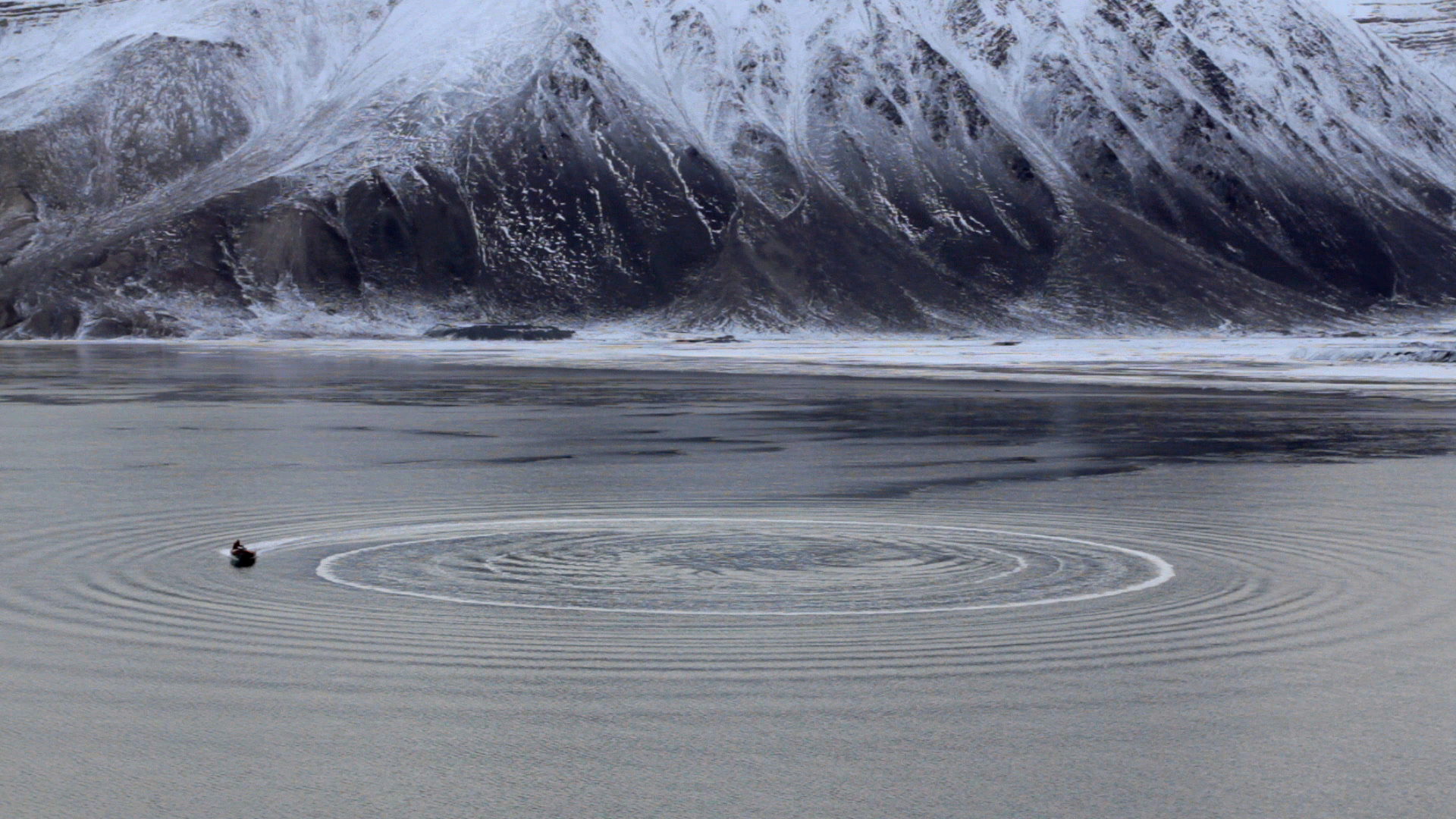 Curation by Julian Ross
Curator, researcher and writer, The Netherlands

Land Marks is a programme that contemplates nature, humans and measurement. With its capacity to capture and document, the camera is a tool that gives its operator an illusion of control over its subject. Framing landscapes might fool us into thinking nature is containable, but nature always remains irreducible. In different ways, each of these works evokes the vitality of nature and the absurdity of our attempts to impose our will upon it.

Comprising mostly of films made in the last decade, the programme is a nod to the history of 1960-70s Land Art and particularly its documentation through cinematic means. Through playful framing and camera zooms, the films together show how we observe nature and how we choose to interact with it aren’t mutually exclusive. Featuring Dutch flatlands, the water surrounding Singapore, the Credit River in rural Ontario, the Arctic Sea and more, the programme shows no matter where we look, we will find human interference but also that nature continues its journey despite these disruptions.

A man (the artist himself) runs across a field and bumps into a wall, which appears invisible to him, but is visible to us as the edge of the screen. A playful exploration of limits of the frame and a reversal of its constraints into a source of humour.

A hypnotic interaction between form and perspective. David Hall plays with our perception by careful positioning of both the camera and sculptural objects against landscapes. When people move or the camera zooms, the world appears to defy gravity.

A man and a woman are instructed to take 100 steps with their toe touching the other heel with every step. The further they go, the further they drift apart. An interrogation of the implications of gender in standardised measurement.

Placing three grids along a river in rural Canada, Kennedy juxtaposes the perpetual motion of a river against its momentary capture within a frame. His zooms blur the image into a stasis, but only fleetingly, as nature intervenes with its vitality.

A series of objects are positioned within a frame made of measuring sticks. As Julia Feyrer takes them for a ride on the back of their truck, the wind gradually knocks the pieces over and their physical collapse becomes part of the sculpting process.

This unusual road movie shows two large and full bin bags being dragged by a moving car. The one-take shot silently observes them rip apart and collapse. The bag, the car and even the road cutting through nature are nodes to environmental destruction.

Rope is the central motif in this associate montage put together by Han Okhi, founder of Korean feminist film collective Kaidu Club. From measure to restriction, multiple uses of rope are suggested while shadow-play activates the inanimate object.

Charles Lim’s “Sea State” series explores Singapore’s relationship with its surrounding waters. In this iteration, a piece of rope gently drifts asea to suggest the seemingly arbitrariness of maritime boundaries and the absurdity of occupying mutable waters.

In one static shot, a vessel boat in the Arctic Sea is shown to swirl in circles causing ripples to spread on the water. In one gesture, Lukas Marxt evokes the grandness of nature and the brutality of human intervention. 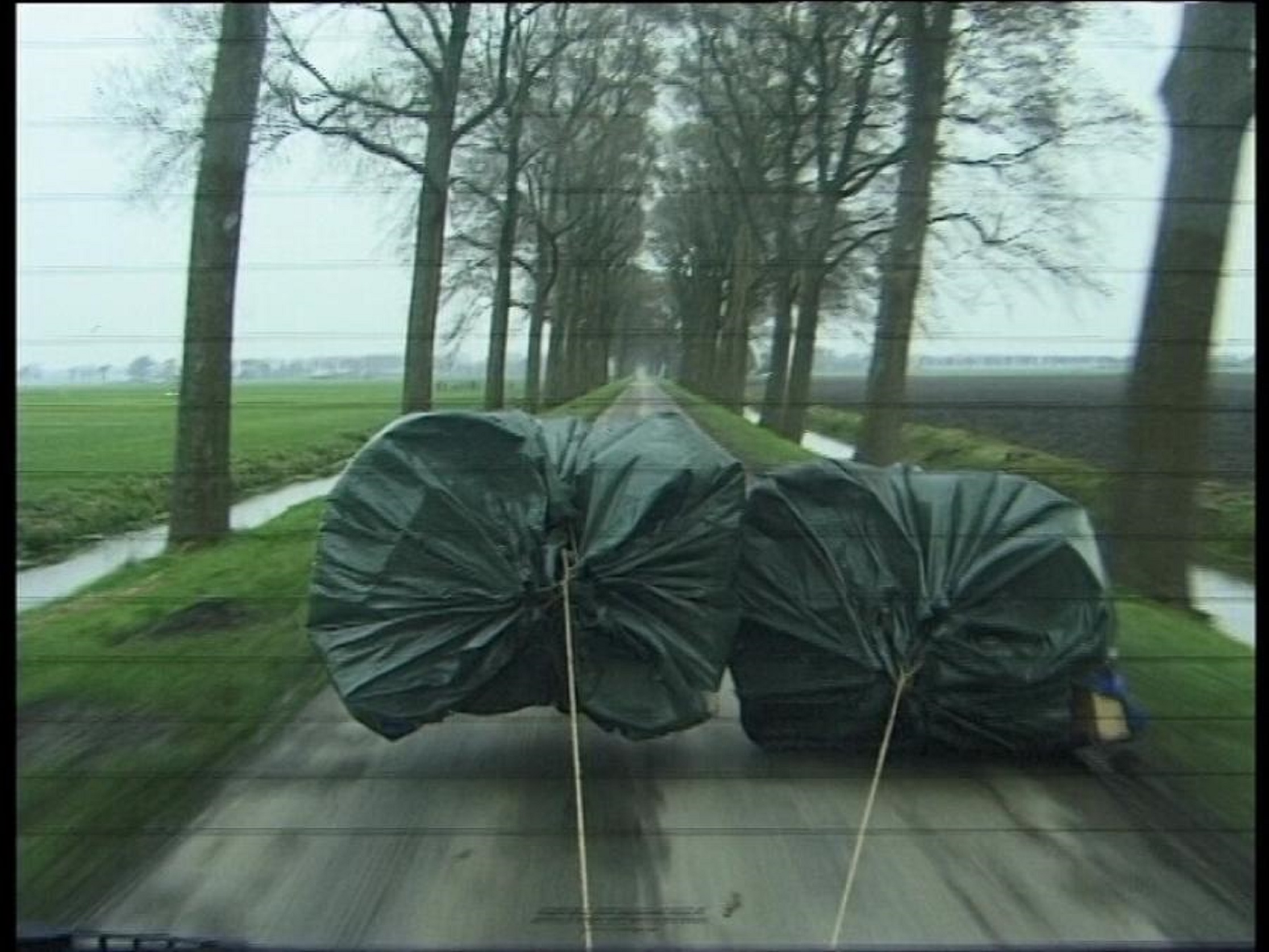 Julian Ross is a curator, researcher and writer based in Amsterdam. He is an Assistant Professor at Leiden University Centre for the Arts in Society (LUCAS) and a Programmer at International Film Festival Rotterdam. He was a selection committee member at Locarno Film Festival (2019-20) and has curated film programmes, exhibitions and performance at Tate Modern, Art Institute of Chicago, Kunsthal Rotterdam, BOZAR Centre for Fine Arts, Eye Filmmuseum, Tokyo Photographic Art Museum, Yerba Buena Center for the Arts, Anthology Film Archives, Harvard Film Archives and British Film Institute. In 2021, he was guest programmer at Singapore International Film Festival, film curator at Other Futures, and co-curator of the film programme at Tallinn Photomonth Biennale.