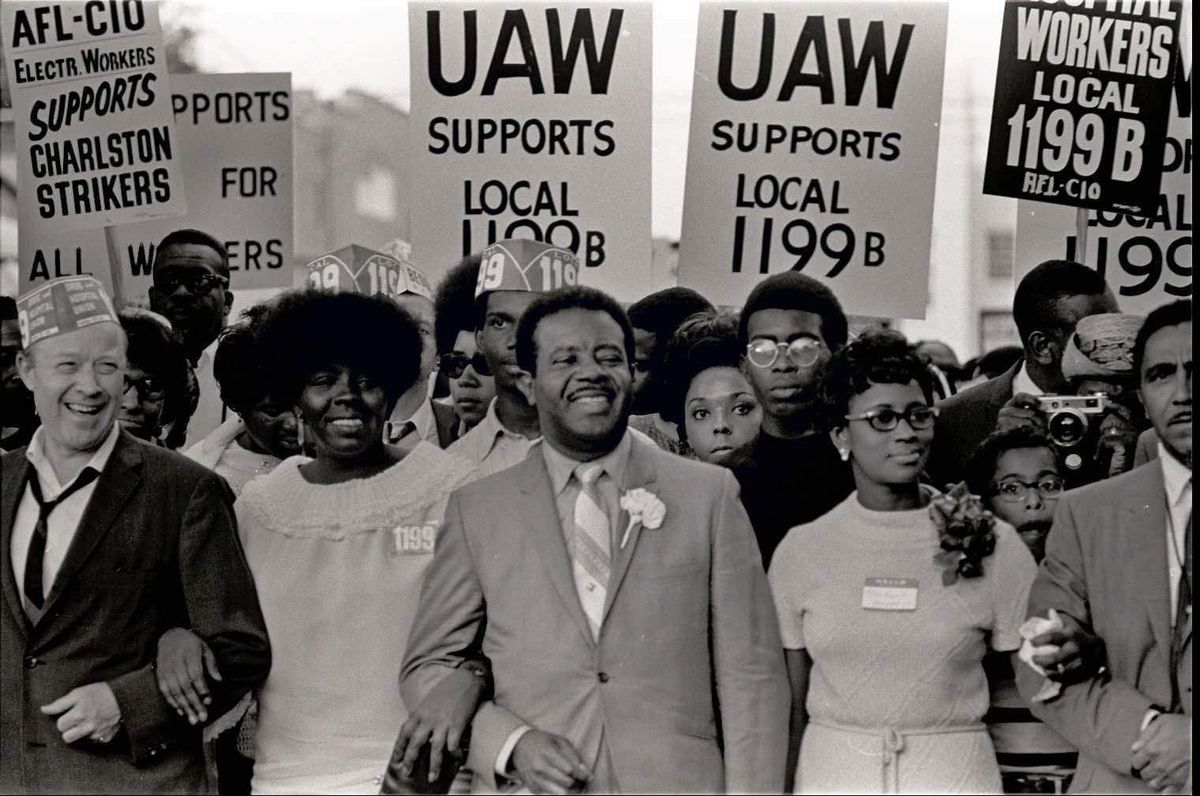 Strike on Films: a tribute to Madeline Anderson (chapter 1)

Presented as one of the pioneers of African American documentary cinema, the work of director, editor and producer Madeline Anderson, born in 1923 in Lancaster, Pennsylvania, remains little known. Yet she is essential to the history of African American activism and film. While in the 1950s, unions and the film industry were composed, with a few exceptions, only of white men, Madeline Anderson directed Integration Report 1 in 1960, considered the first documentary film made by an African American woman. She vividly documented the front lines of civil rights battles and labor protests in the United States from the 1960s through the late 1970s, before turning to producing educational series. She sees film as a way to express and tell the story of African Americans from a combative and engaged perspective. 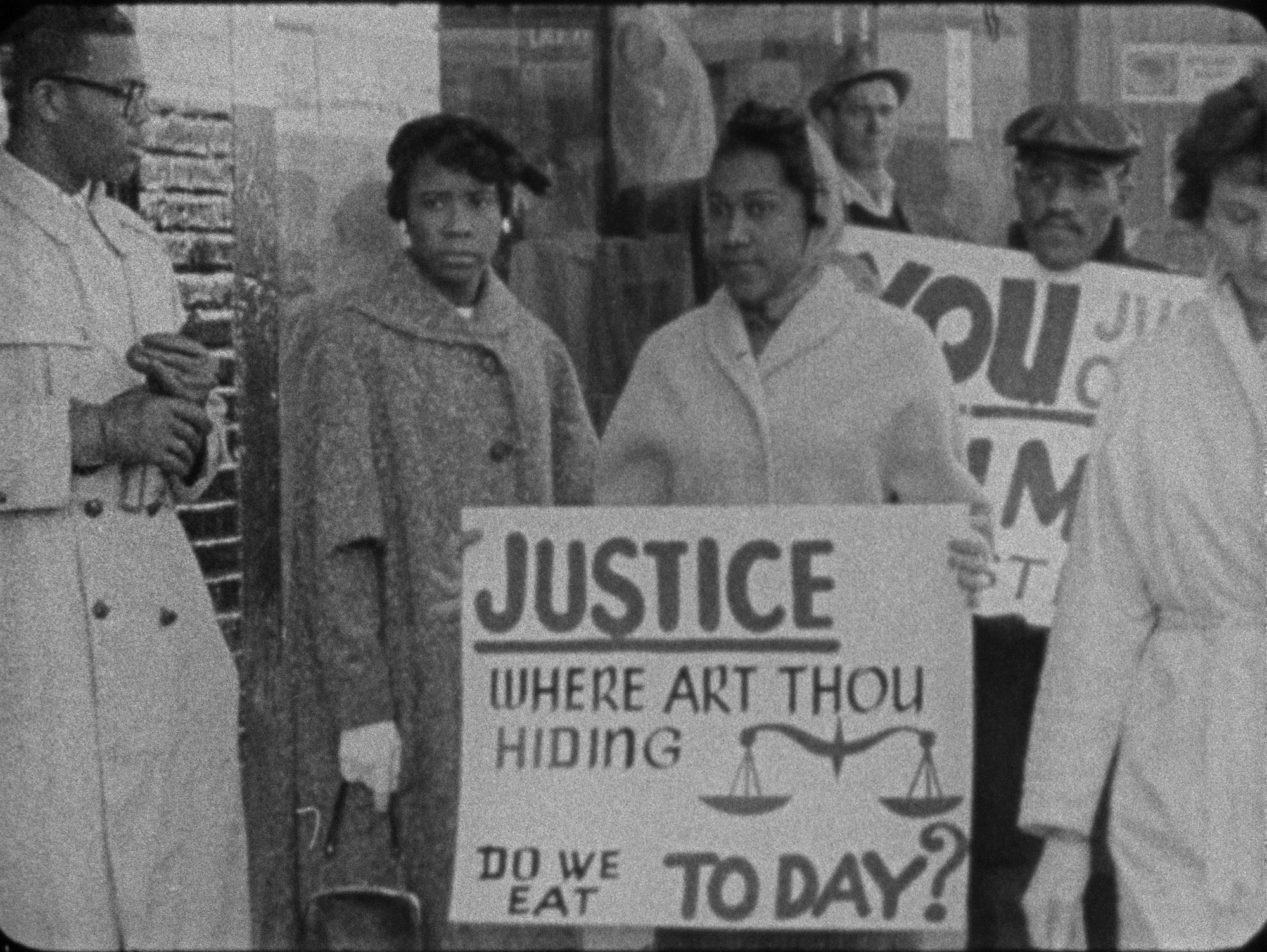 Madeline Anderson made the first documentary by an African American woman in 1960 with Integration Report 1. The film constructs a cinematic snapshot and essential testimony to the civil rights movement in the United States circa 1960, from Montgomery, Alabama, to Brooklyn and Washington, DC. Integration Report 1 includes excerpts from speeches and interviews with leaders of the movement, including Robert Williams, Bayard Rustin, and Martin Luther King Jr., protest songs by Maya Angelou, and footage from demonstrations across the country. We hear stories of racist violence, such as the murder of an African American man in police custody, witness the arrest of protesters at sit-ins, or witness white women protesting outside a high school in Queens, New York, against the integration of blacks into the school.

“We as Black People in South Carolina have awaken to the fact that we are no longer afraid of the White men. And we want to be recognized. Not because of our race but because we are human beings.

In 1969, 400 poorly paid black women – hospital workers in Charleston, South Carolina – went on strike to demand recognition of their union and a pay raise: they were confronted by the National Guard and the government. Madeline Anderson was contacted by the Drug, Hospital, and Health Care Employees Local 1199 union in New York, who asked her to document the strike. Featuring activists Andrew Young, Charles Abernathy, and Coretta Scott King, I Am Somebody is a rare and critically important document in the struggle for African American women workers’ rights. 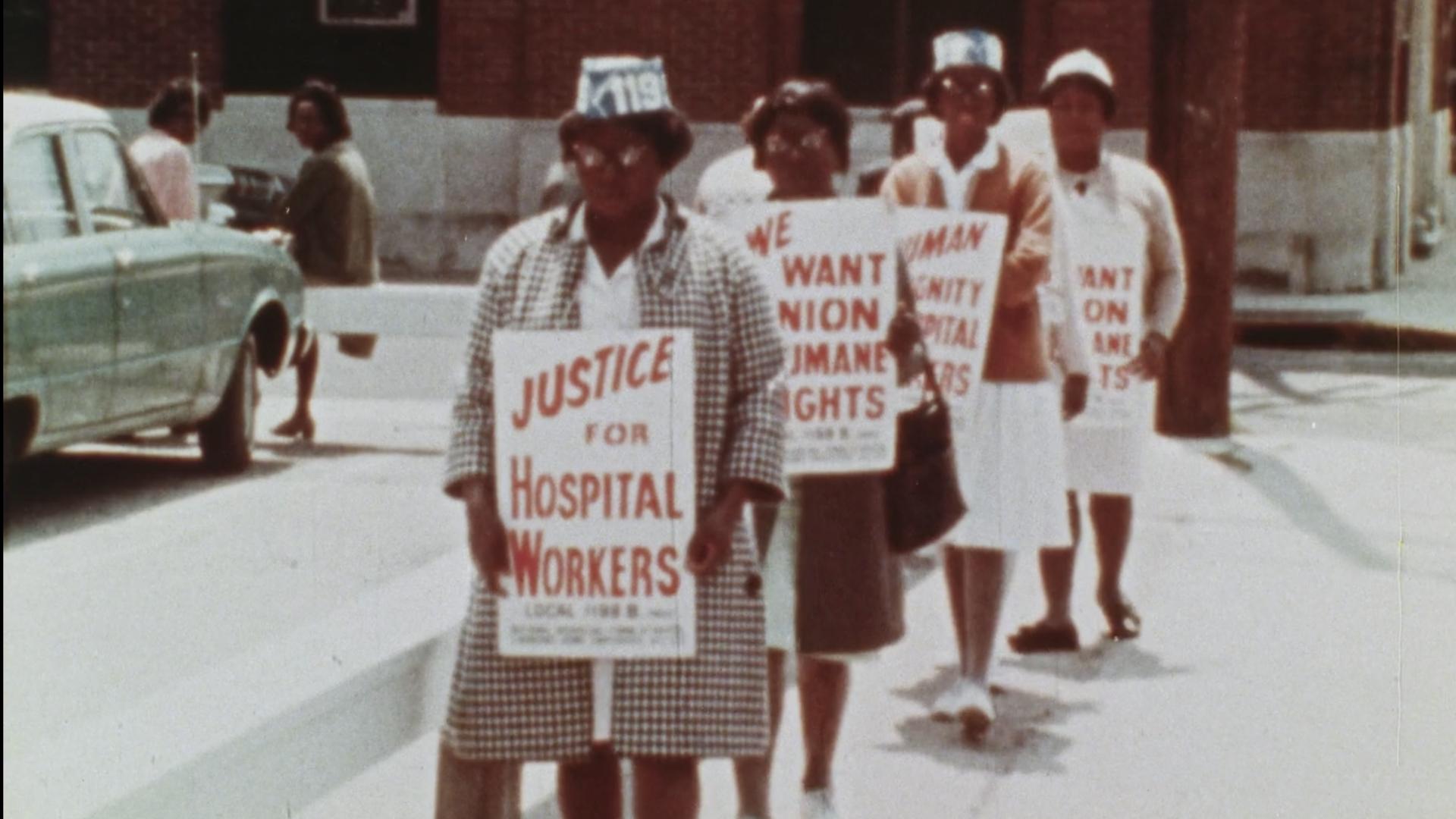