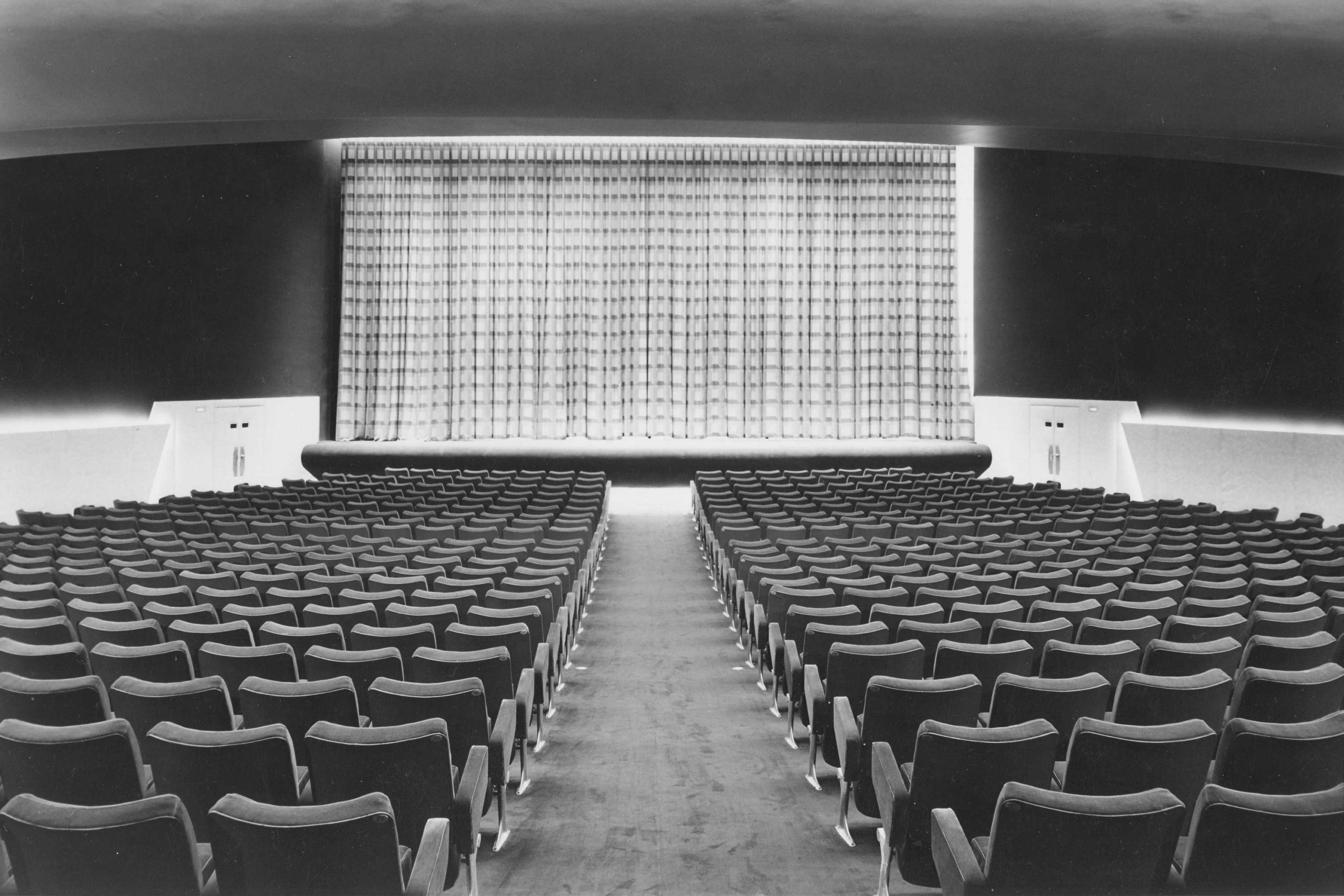 History of the Cinema

Le Plaza was inaugurated and opened to the public in November 1952. The event took on a historic dimension. It was the first of three avant-garde cinemas, along with Le Paris and Le Star, that Marc J. Saugey, who was passionate about cinema and technological innovations, designed in Geneva, itself a pioneering city in cinematography at the time of the 1896 National Exhibition. 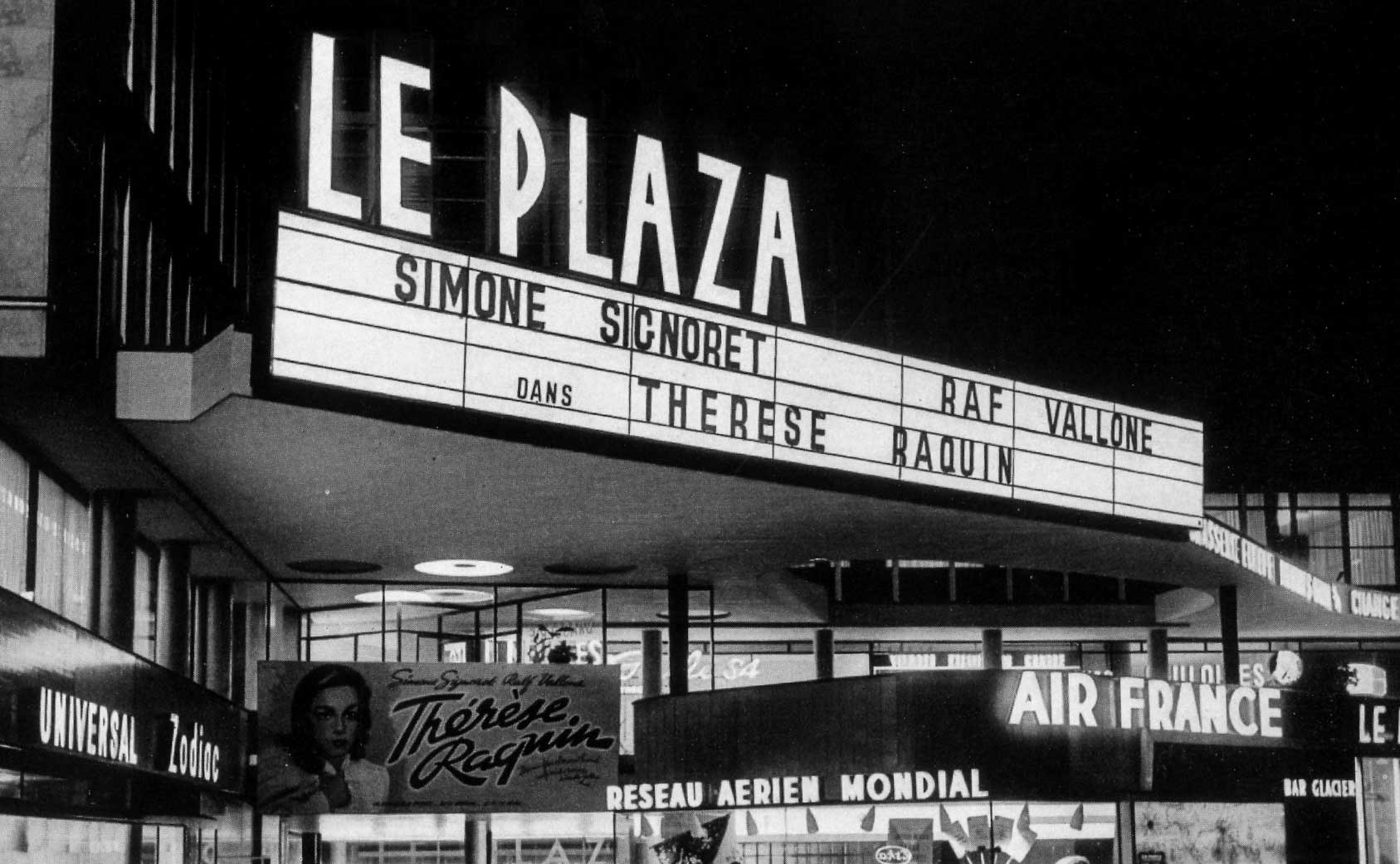 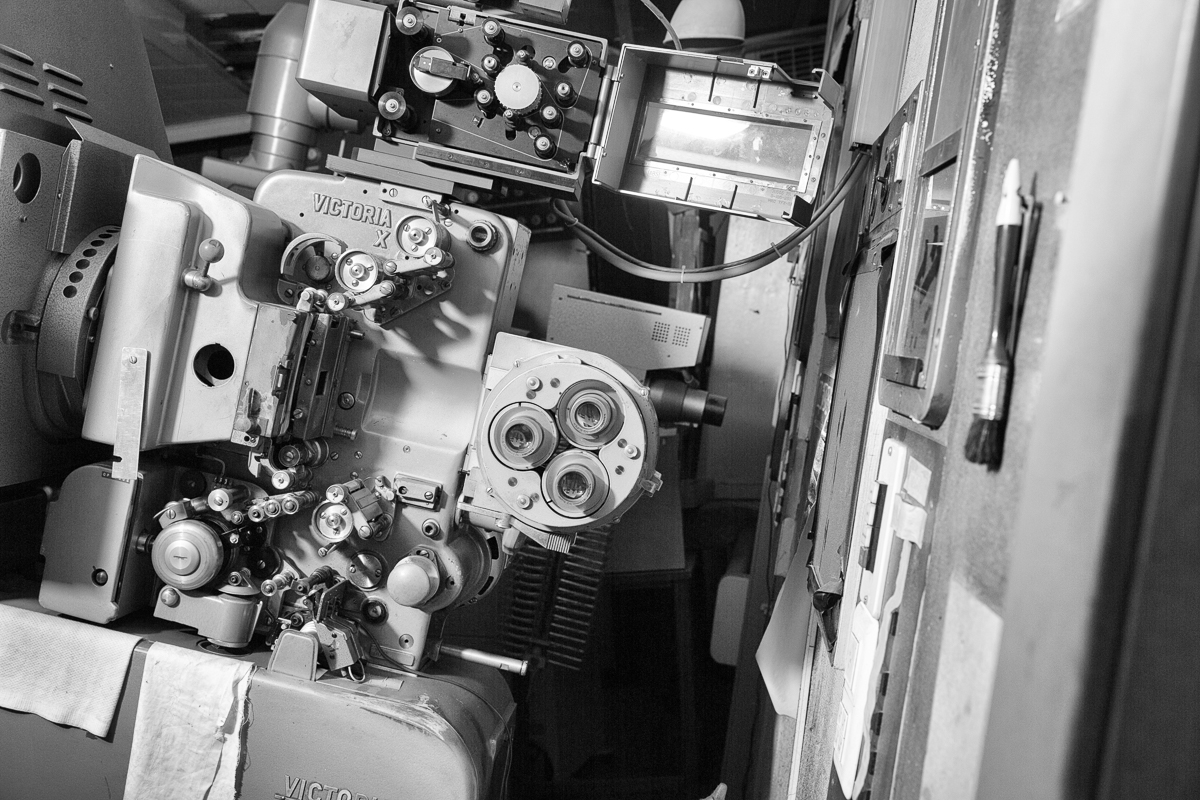 Saugey built the three Geneva cinemas with engineers Pierre Froidevaux and Maurice Cosandey, then head of the Zwahlen & Mayr construction workshops. Constantly on the lookout for the latest discoveries, he demanded the highest technological performance from his collaborators.*

A masterpiece of modern architecture, Le Plaza was then, with its 1250 seats, the largest cinema in Geneva and one of the largest in Switzerland. Its huge screen was designed by Saugey as a theatrical device, with an imposing gilded wooden frame with clean lines and a sophisticated set of curtains.

Le Plaza opened in 1952 with the screening of Julien Duvivier’s The Little World of Don Camillo and offered three to four screenings a day. In 1953 it screened Henry Koster’s The Robe, which was shown for the first time in Switzerland using the new Cinemascope technique, the same year as the European premiere of Cinemascope in Paris and its world premieres in Los Angeles and New York. This goes to show how Saugey was at the forefront of the latest film technology. 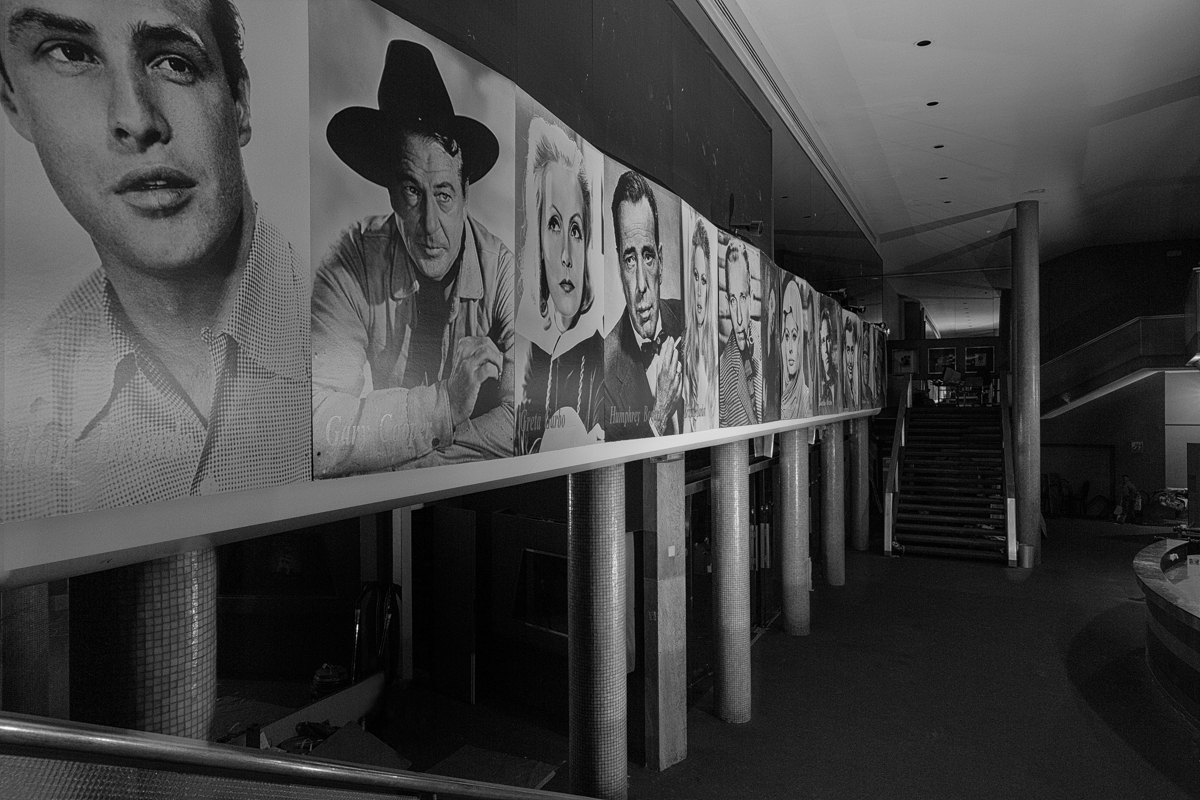 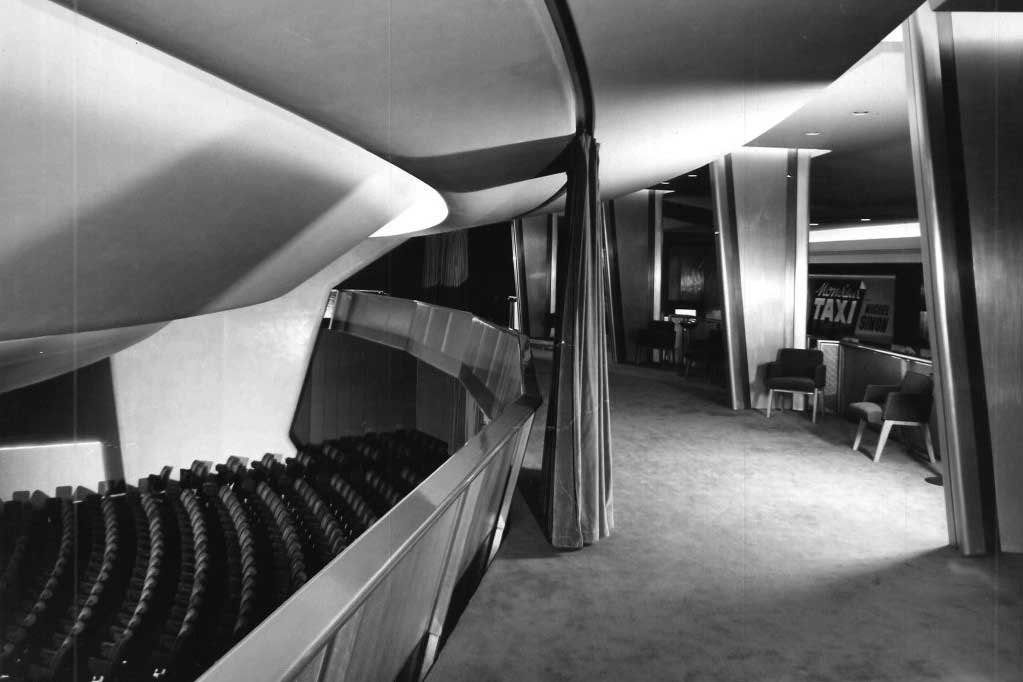 Le Plaza regularly screened blockbuster films such as Fantomas or Doctor Zhivago, which ran for more than three months in 1966, E.T. in 1983, and Titanic in 1998. Fortunately, the history of the screenings can be reconstructed thanks to Carlo Sartorelli, projectionist at the Plaza cinema for more than 30 years, from 1952 to 1983. Indeed, Sartorelli recorded all the information and anecdotes related to the screenings at Le Plaza during his glorious years in precious notebooks that have been entrusted to the Plaza Foundation.

For example, he reports that in 1977, a giant gorilla was installed on Le Plaza’s neon sign, with Saugey’s curtain wall façade as a backdrop, giving the Mont-Blanc Centre an almost New York-like appearance.

Many remember with nostalgia and excitement their evenings at Le Plaza, the James Bond festivals, the latest international blockbusters and the re-runs of old classics, even if the programme may have left room from time to time for so-called art house films.

After the blessed post-war period, the crisis and changes in consumer behaviour sounded the death knell for the large cinemas in the city centre. Le Plaza went bust in early 2004. This marked the beginning of an exciting story about the preservation of the cinema, whose main actors were architectural historians and the cinema-goers who loved the Plaza. The cinema was thus classified as a historic monument in 2009, before being declassified again in 2011. In 2018 its destruction was scheduled, despite cultural actors, the Swiss Federation of Architects, political figures and the population of Geneva, which kept a strong emotional link with the place, strongly appealing to protect it. This powerful popular movement, notable for its scope and duration, certainly contributed to safeguarding the cinema. 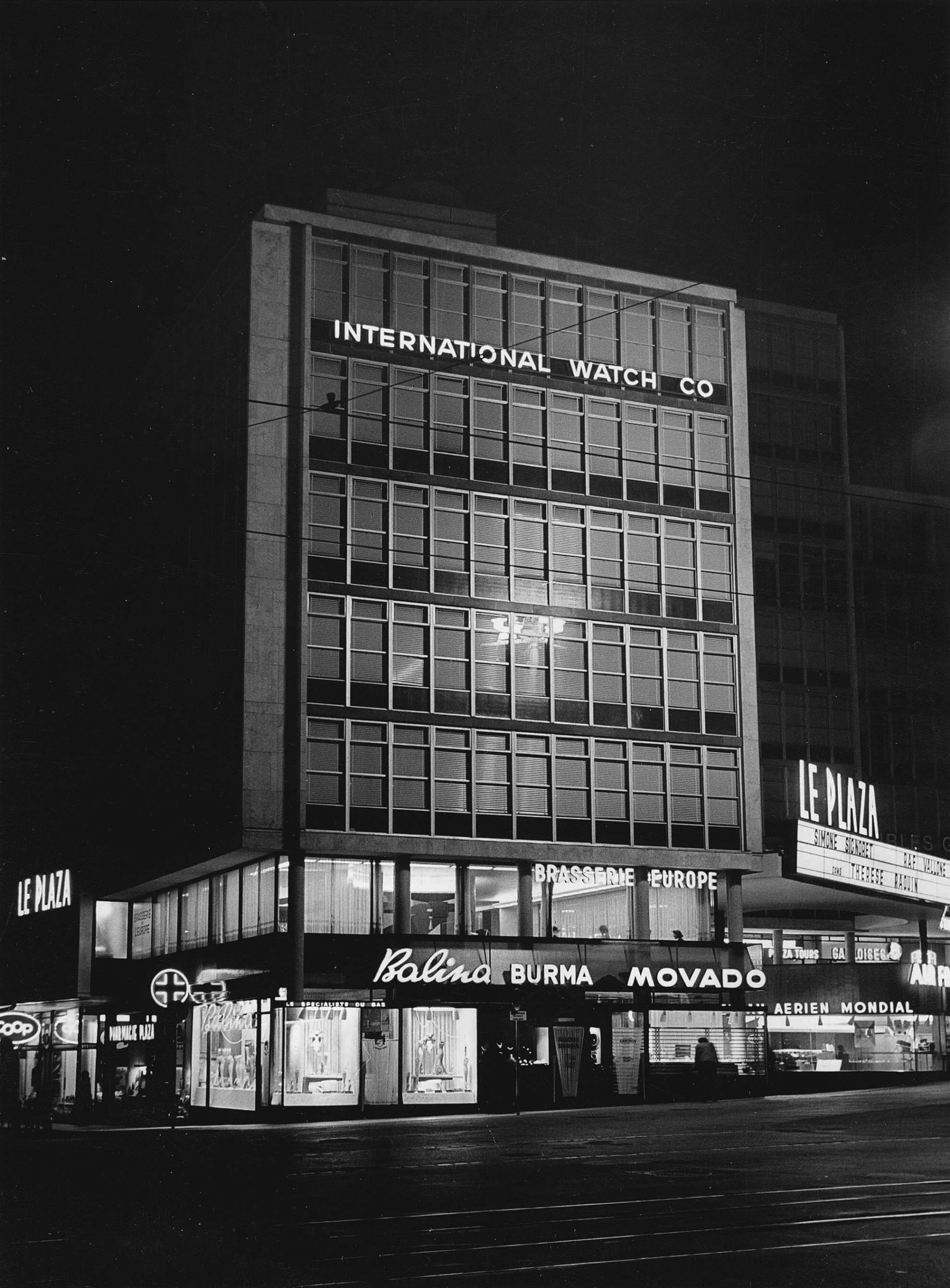 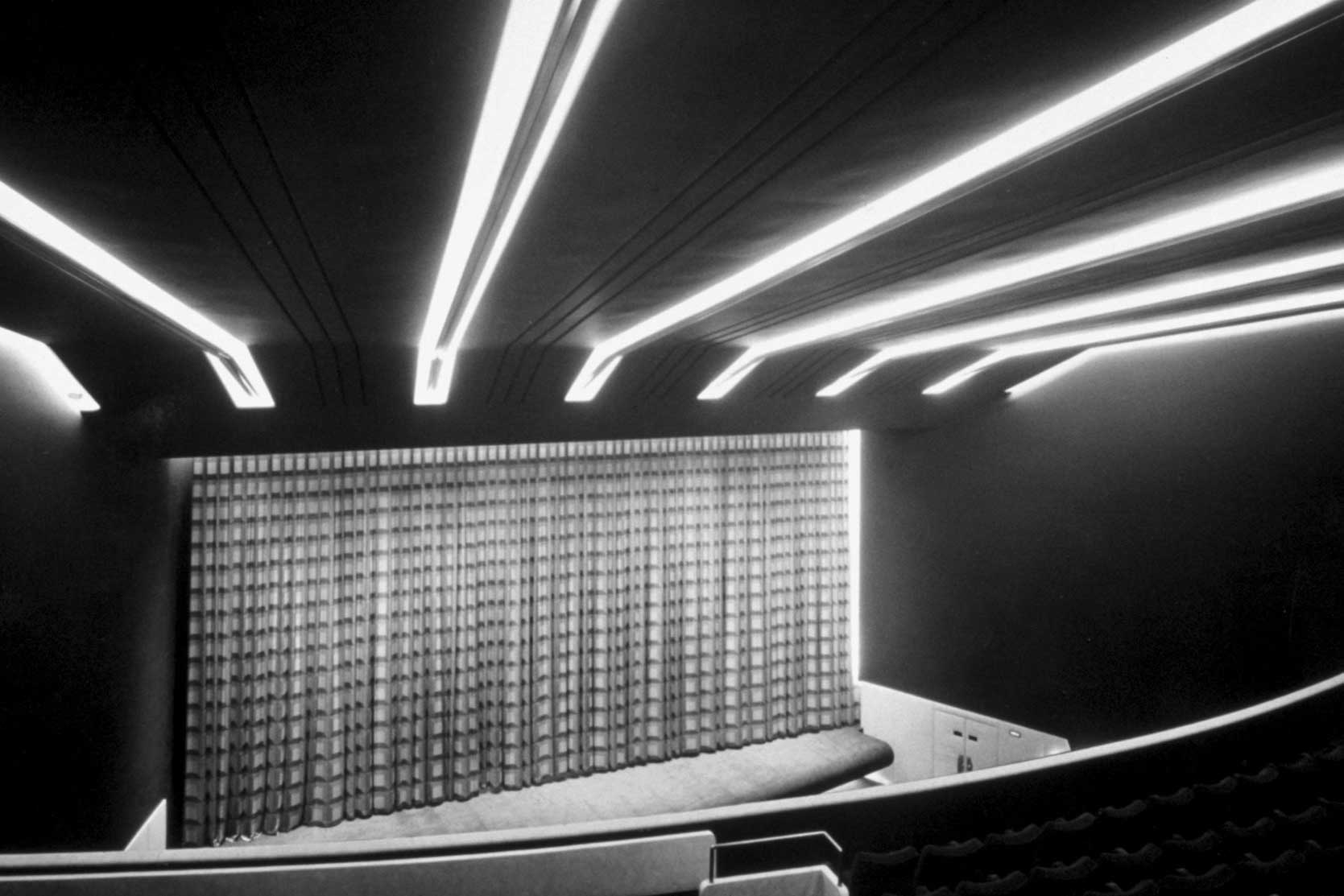 Safeguarding was finally assured in 2019 as the Hans Wilsdorf Foundation bought the entire building (the Mont-Blanc Centre and the Plaza cinema).

“The affection the people of Geneva have for this place is very strong, as shown by how all rallied to save it,” says Marc Maugué, Secretary General of the Foundation. “We considered the cinema deserved to be protected. After checking with the Canton and the City of Geneva to ensure that the purchase was of interest to the cultural life of the city, we went ahead,” he goes on.

On 18 December 2019 the State Council of Geneva decided to once again classify the cinema as a historical monument and in 2020, the Plaza Foundation was created with the aim of renovating the cinema and creating an ambitious cultural and film centre.